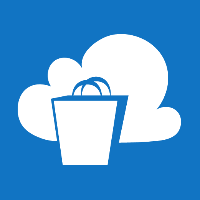 Skip to end of banner Go to start of banner

Back to POS Setup in Transcendence

The setup of screen layout (equivalent to Touch Screen setup) is done in POS menus. The concept consists of multiple menus. We do not have fixed pages like "Other Functions, Discounts, etc". There are possibilities of creating different menus to group set of buttons. Still the two main screens are the Sales POS Layout & Payment POS layout. Currently we have kept the same layout as the Java version. But we have provision to make even the layout flexible in the future, by coding it in the menu POS View List. (Refer to Section 1.9.5)
Menu: Retail > Sale > Administration > POS Menus

The notion of Menus is that they give rise to sub-menus and sub-sub-menus etc. We are in an infinite world where we can go down menu levels. Of course everything is in the balance between our imagination & the practicality requires by a business.

The Touch Screen menus are created as follows:
1st Step:

Create a menu in the POS Menus screen on the RTC. Then under the menu, we need to create what buttons will be using in that menu. To do this, we go to the Home Ribbon, we select the "Button" shortcut. 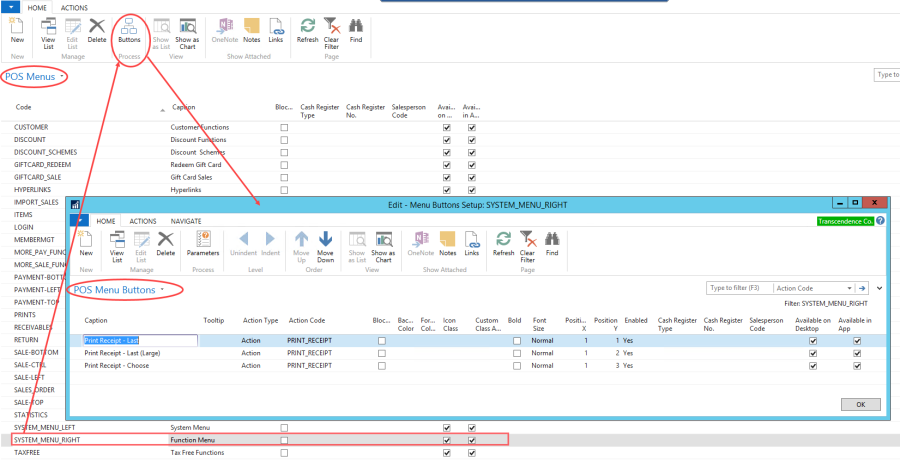 From the POS Menu Buttons, we will create touch screen "Button" that we need. These buttons will have an Action Code which will trigger an action.
The action has preset parameters which need to be modified if required.
From the Home Ribbon, we select the Parameters shortcut and list of values will be available to choose from. 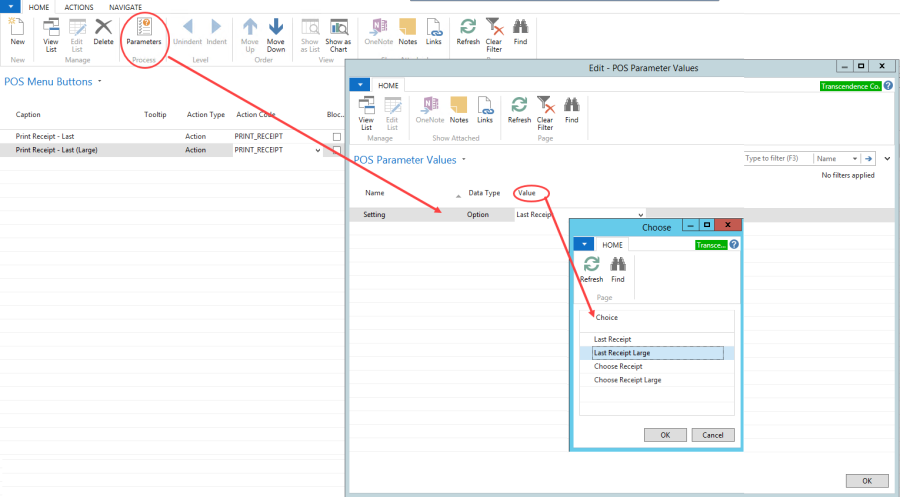 In the above example, we created a set of buttons that is grouped under a POS Menu "SYSTEM_MENU_RIGHT". The latter is attached to a main menu known as Function Menu.
And it is used in the predefined System Menu LOGIN.
The System Setup & Function are Popup Menus where we can define specific buttons for each function we want to group under the menu. 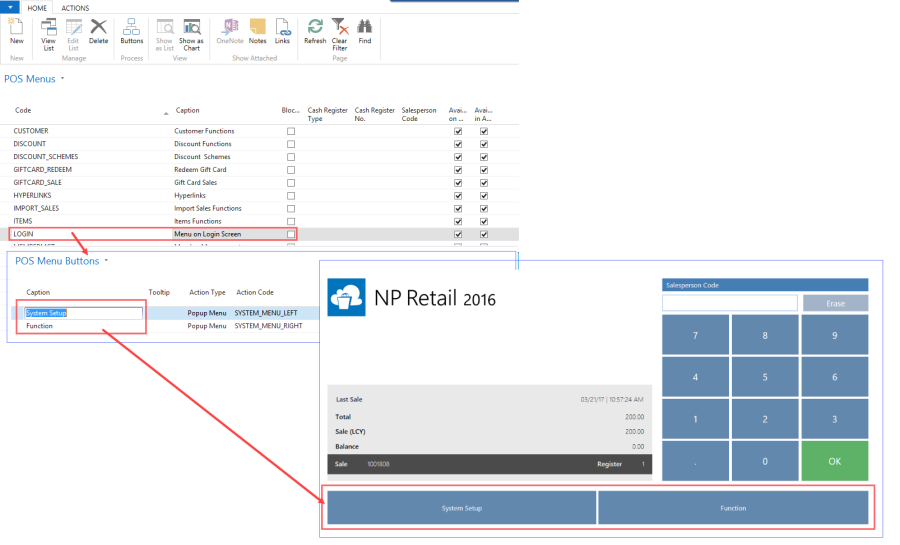 We can even have sub-menus at this level. Hence visually, we have the login screen as below.
Fixed layouts:

The layout of the login menu as shown in the above section is fixed. 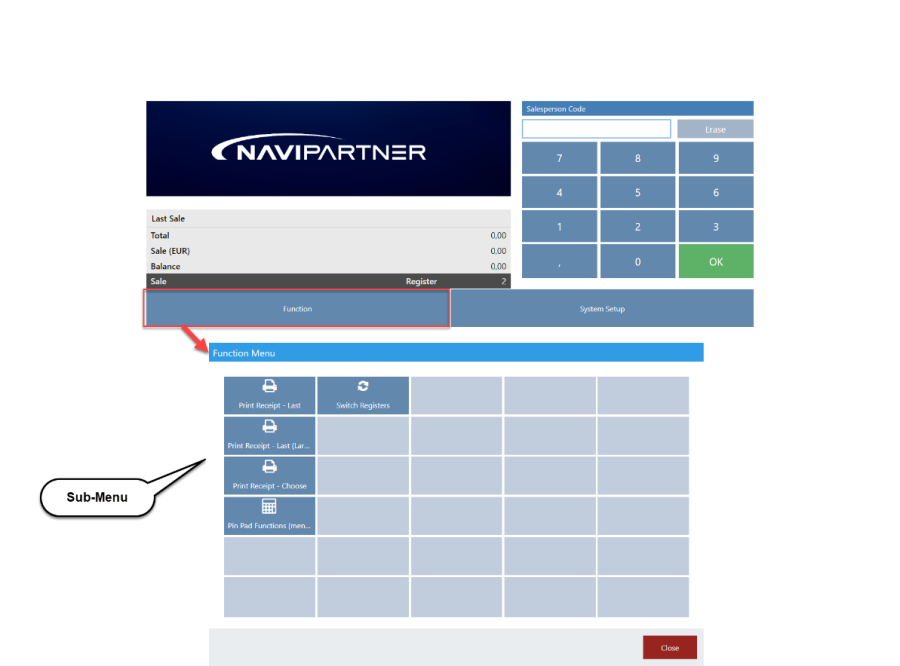 The POS Menus consist of Pop-up Menus that users can define as they go along as well as Fixed Menus. When we say Fixed Menus, it is the screen layout that is fixed but not the POS Menu Buttons. 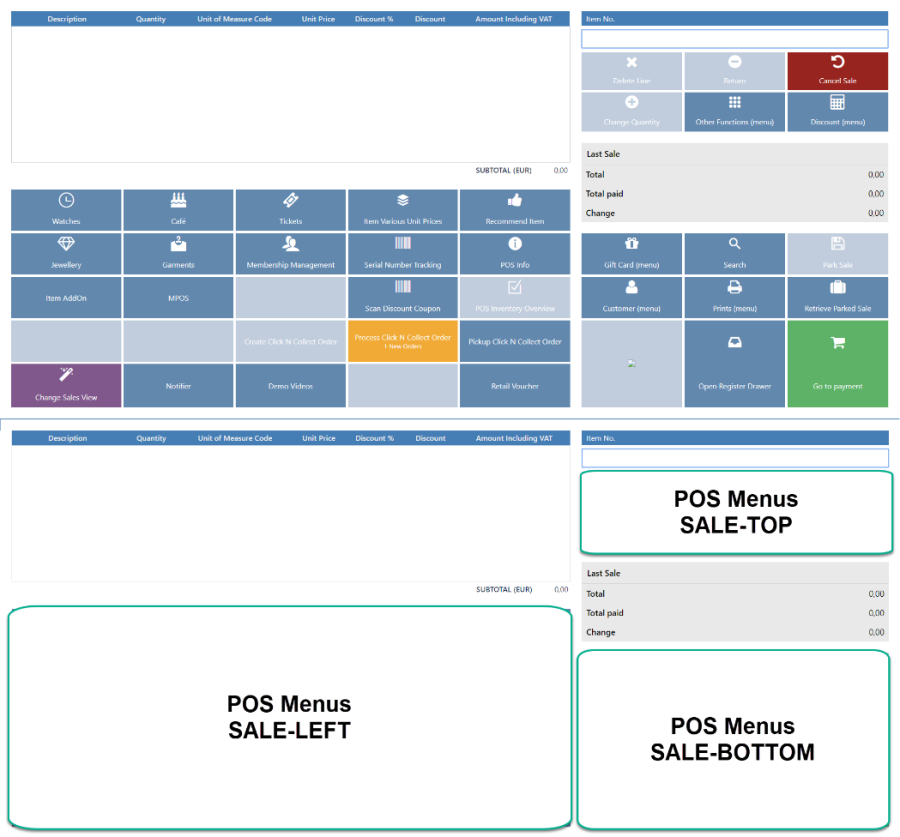 The details of POS Menu Buttons within the POS Menus depend on the requirements of the client. But to keep a standard, the SALE-TOP & SALE-BOTTOM have a set of default buttons.
Nevertheless, they can be changed per client's requirements. 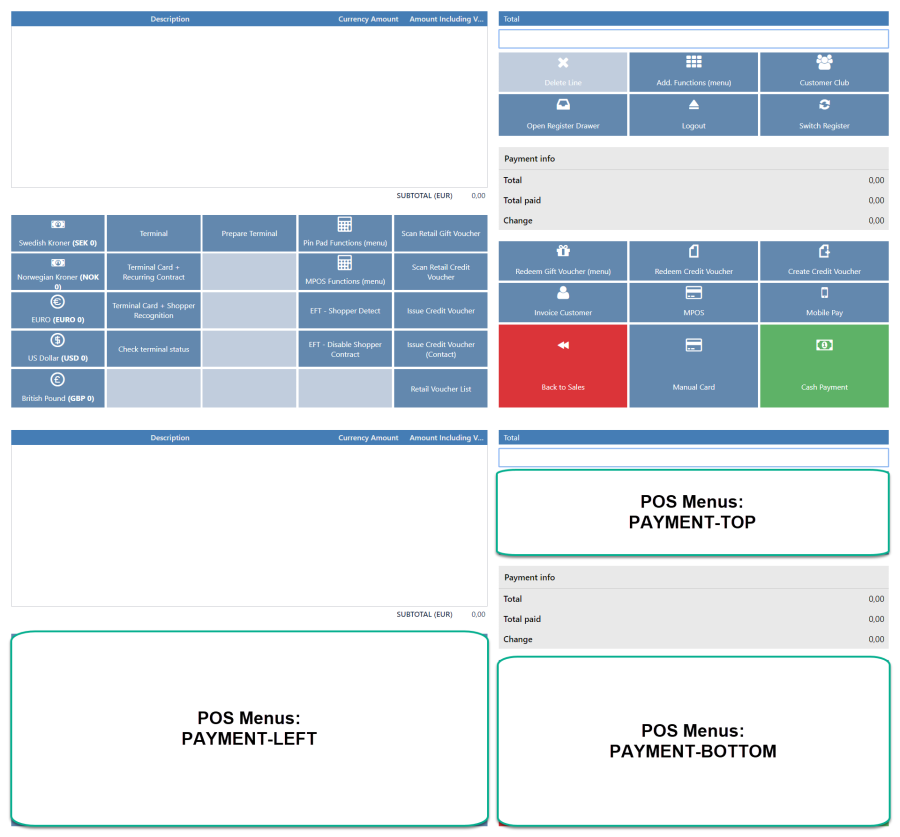 The details of POS Menu Buttons within the POS Menus depend on the requirements of the client. But to keep a standard, the PAYMENT-TOP & PAYMENT-BOTTOM have a set of default buttons. Nevertheless, they can be changed per client's requirements.

The layout of POS Menu Buttons can be changed within a Popup Menu. To do this, go to the Action Type: Popup Menu and select the "Parameters" from Home Ribbon in the POS Menu Buttons screen. You can define the number of columns & rows you want in the menu. 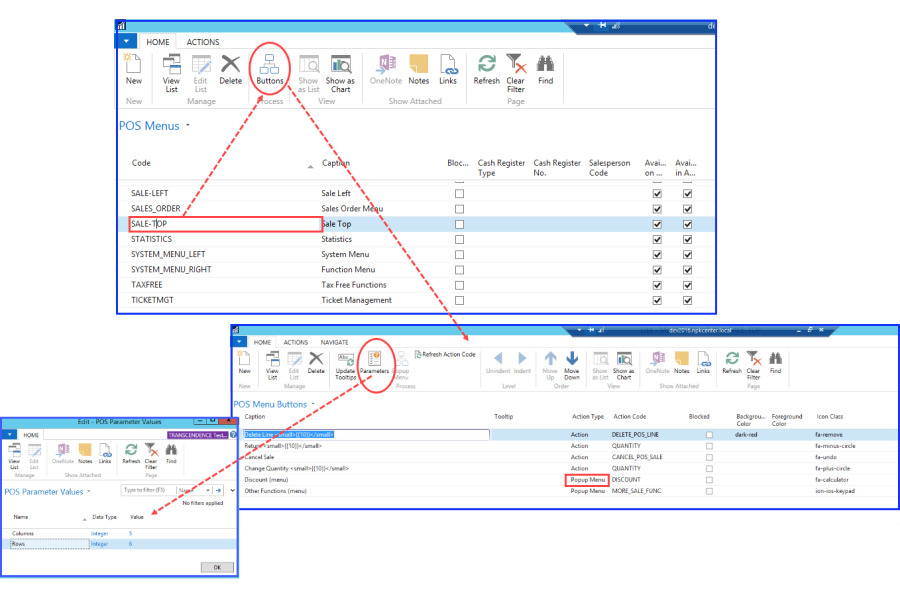